Tutorial with WiP pictures of some Hedgegrow

The following pictures show my first attemps in building some hedgegrow for the Normandie. The pictures were taken back in 2007 but I think they might be of some interest for some of you today. 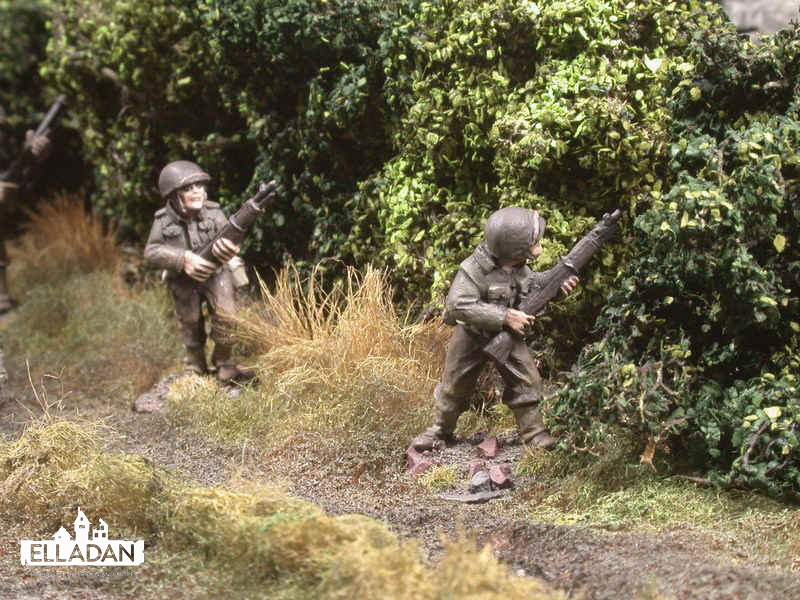 Description of the different steps to build this terrain pieces:

I wanted the bases for the terrainpieces to be heavy because I intend to use them on my fur mat. I don't like them to hoover above the ground. So I used some dark grey plaster, which I mixed up with less water and put in big irregular long dots on a sheet of polysteren and let it dry.

In a next step I glued on some wild lichen (Irish Moos) with the hot glue gun. The trees are made of nutural twigs (Heidekraut) I have collected over 15 years ago in the Scotish Highlands. ("Never throw anything away, you don't know when you will need it.")

Then I airbrushed everything but the tree tunks in a dark greyish brown.

After the color was dry I sprayed small areas of the lichen with thinned down PVA glue and flocked them with two shades of green flocks from Noch.

In a last step I flocked the visible base with PVA glue and a mix of different shades of static gras, dark sand and brown sawdust.

Work in Progress pictures- before coloring and flocking: 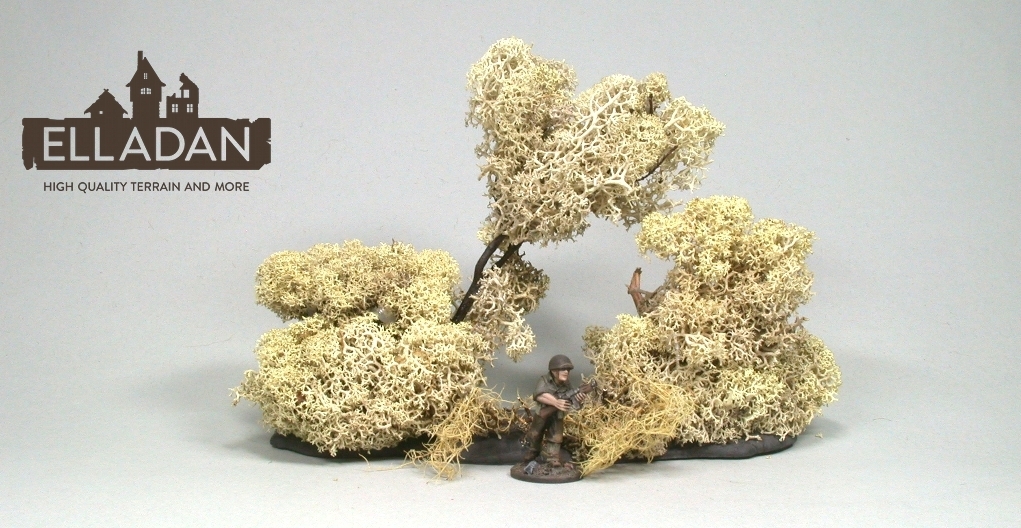 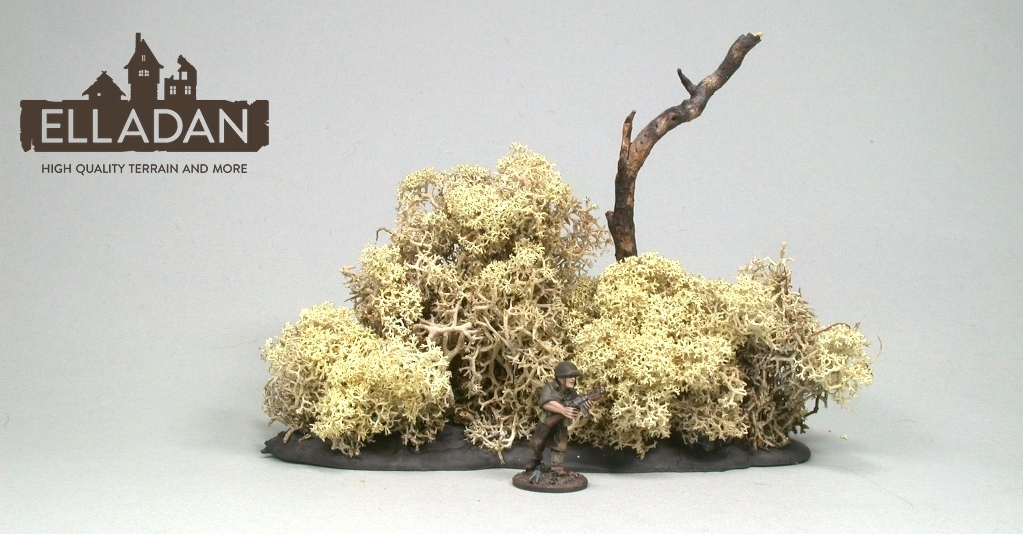 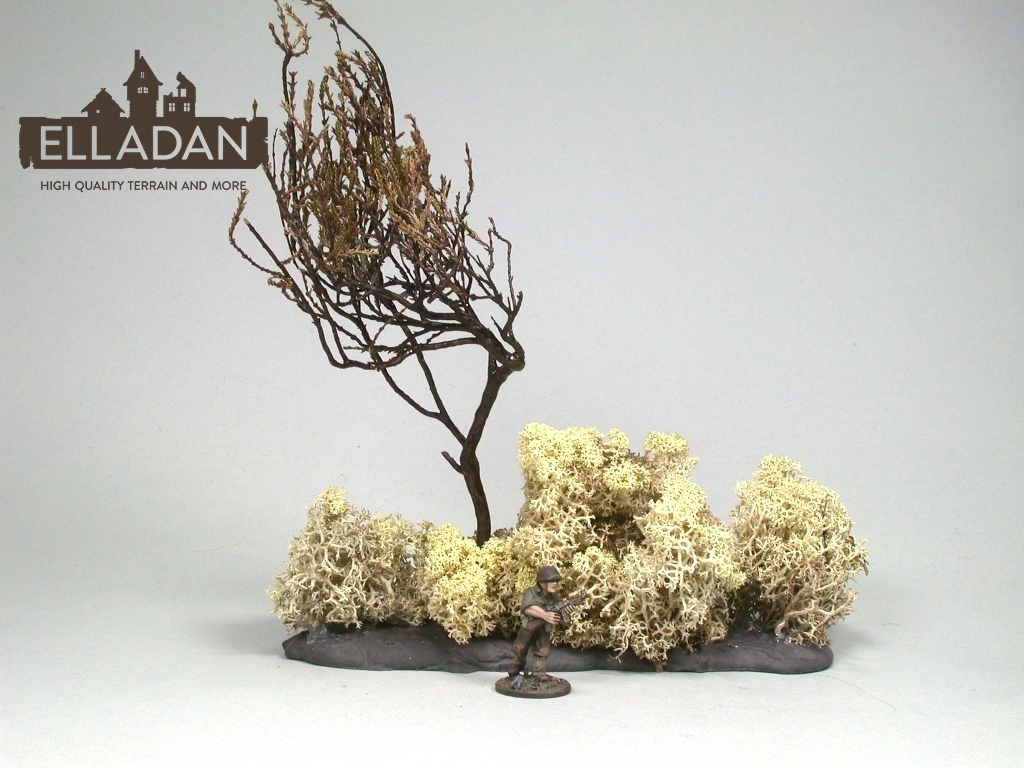 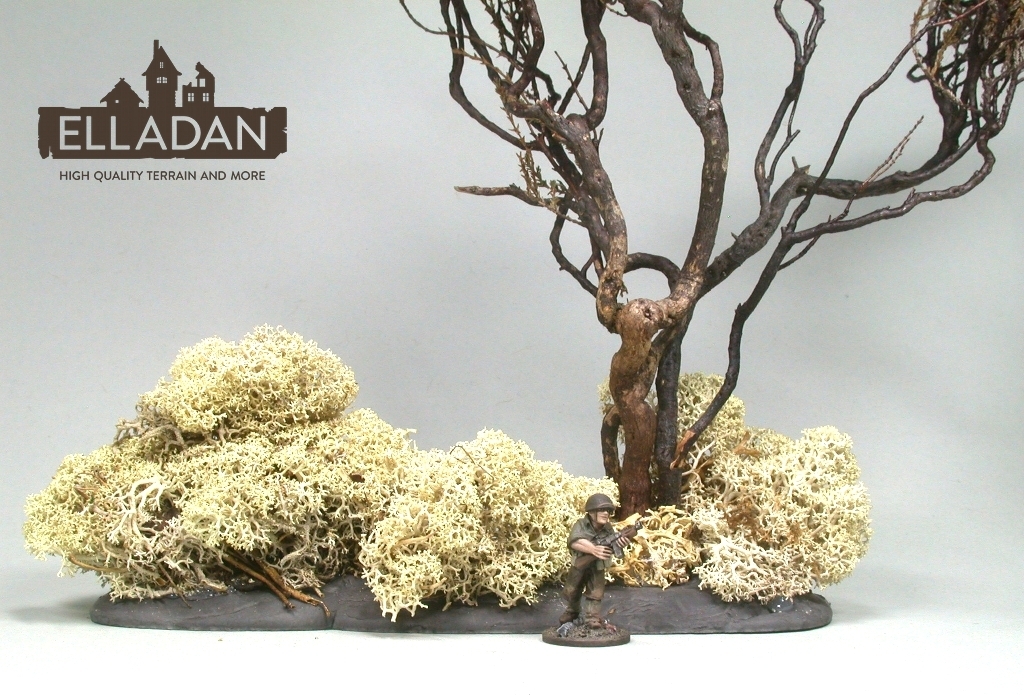 The pictures of the finished pieces: 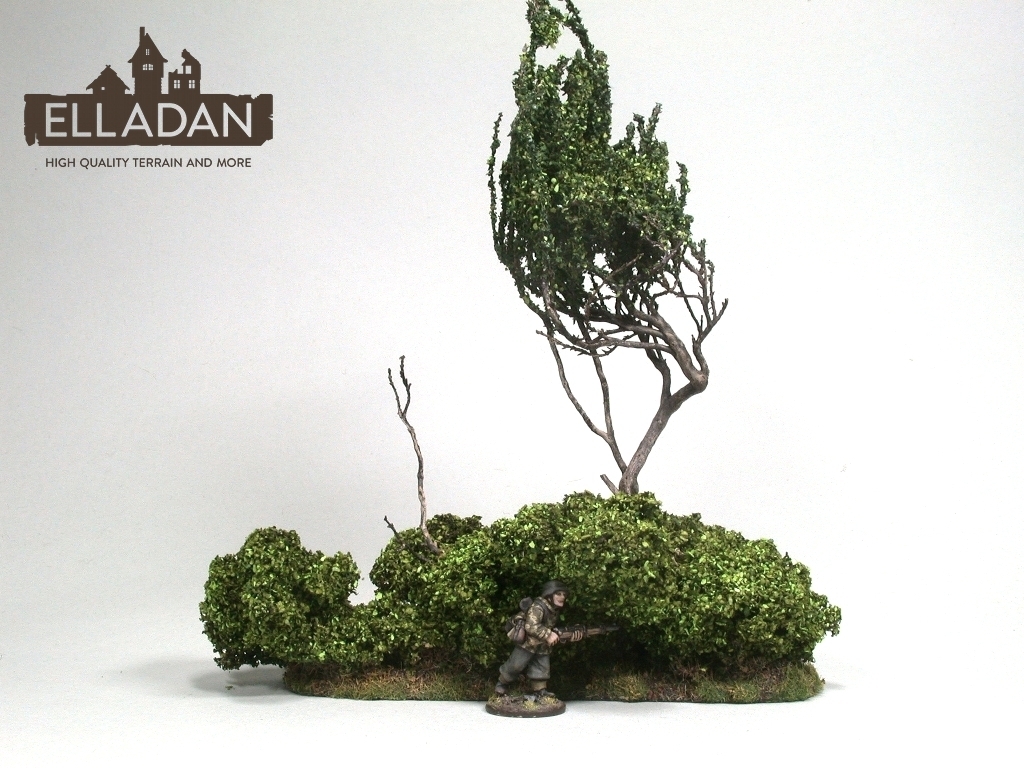 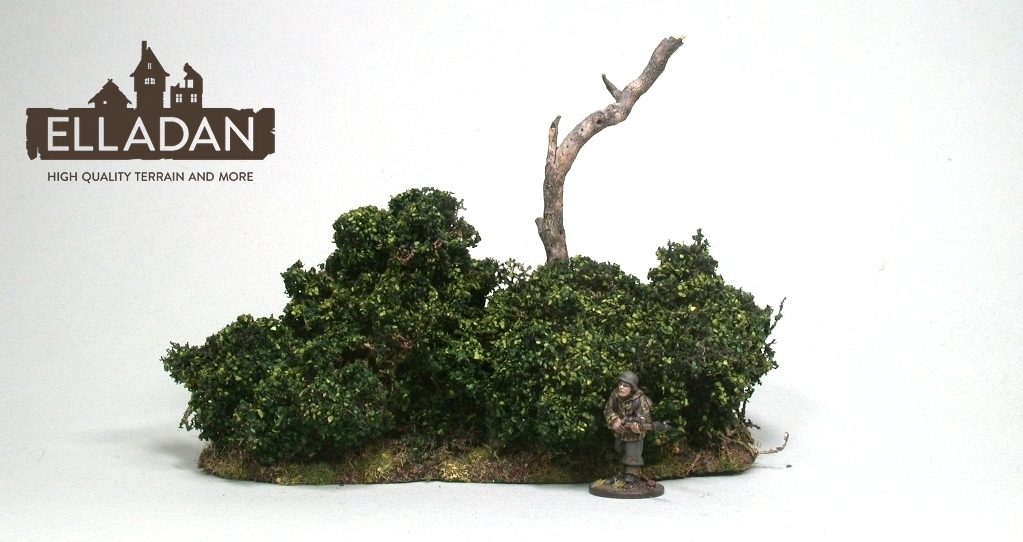 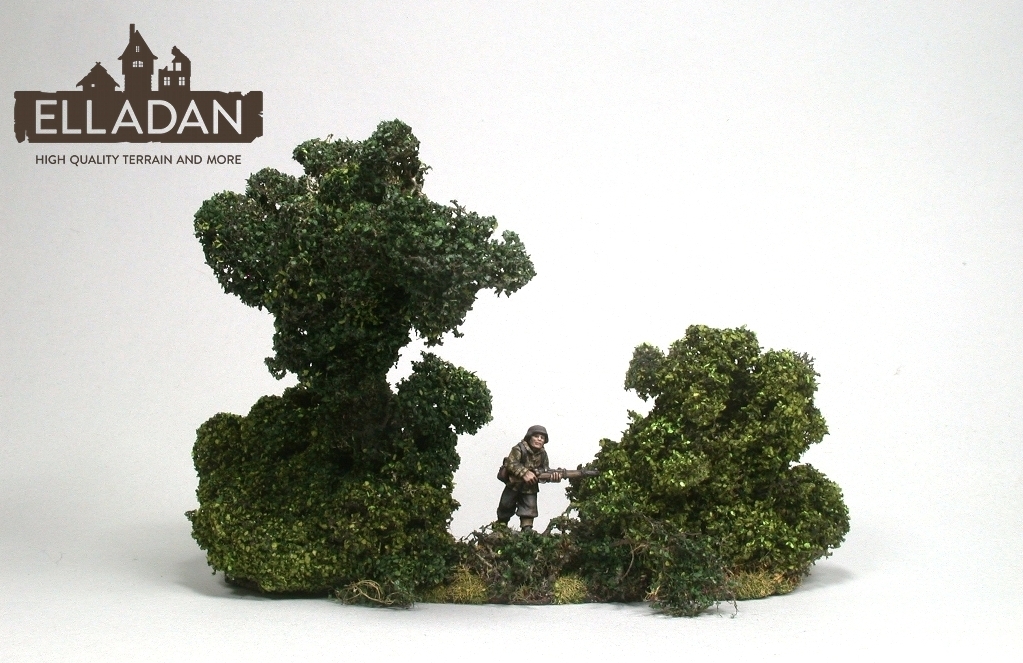 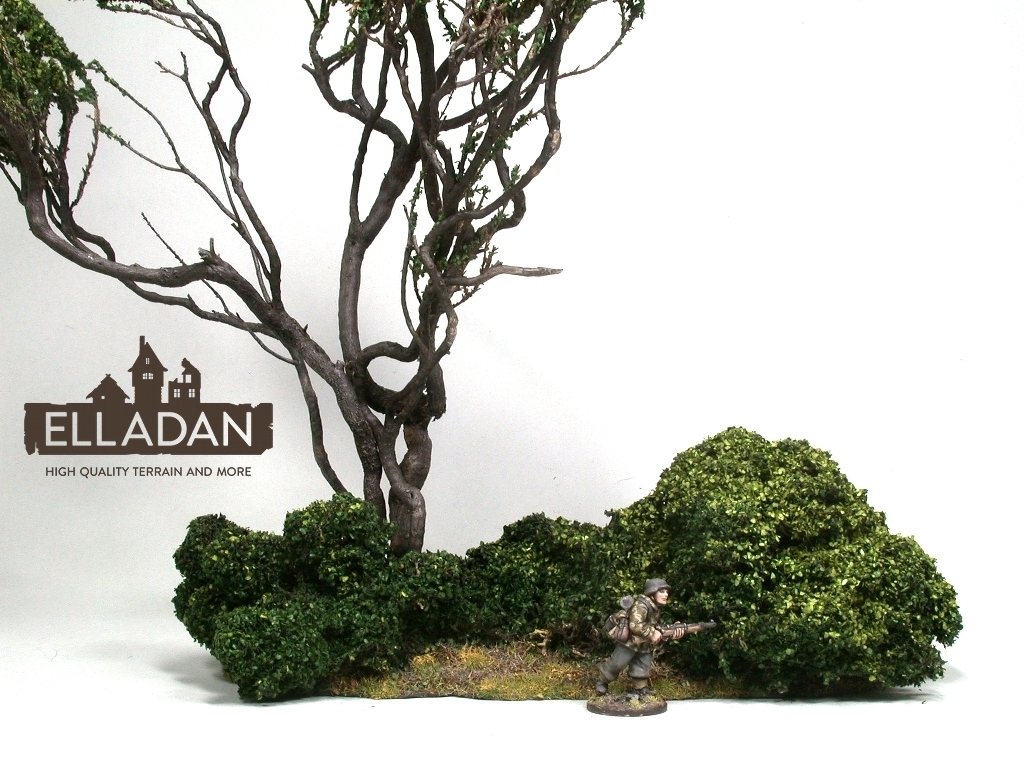 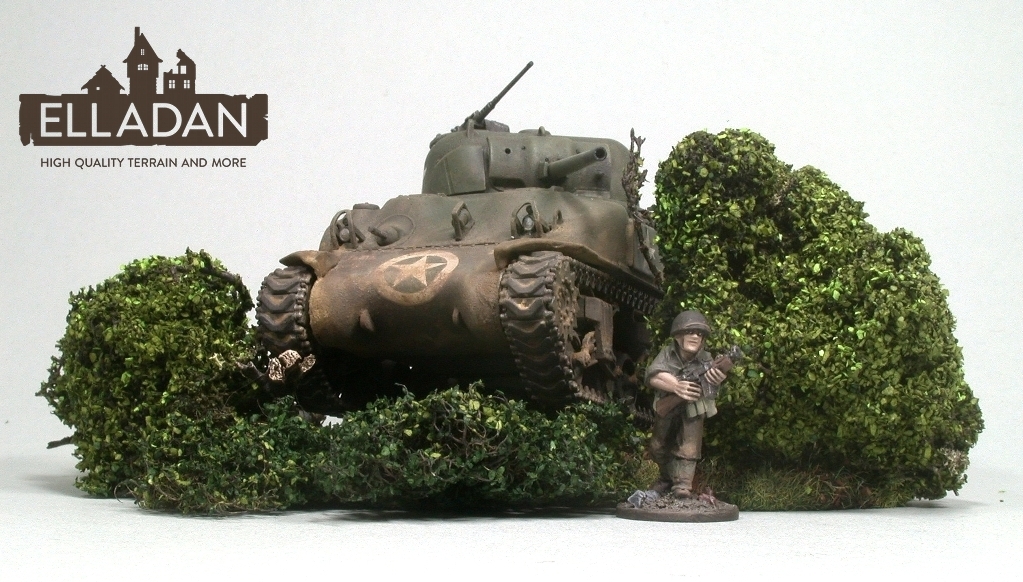 The results in combination with one of my Fur Mats: 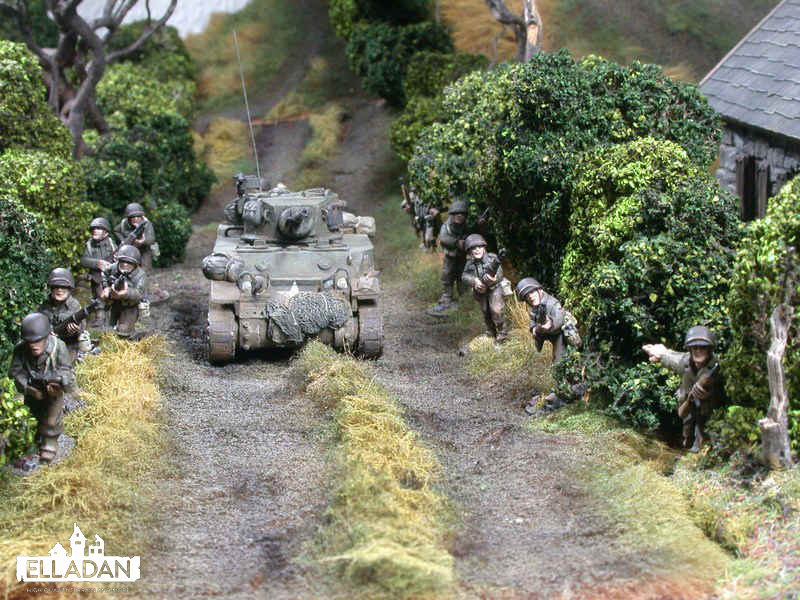 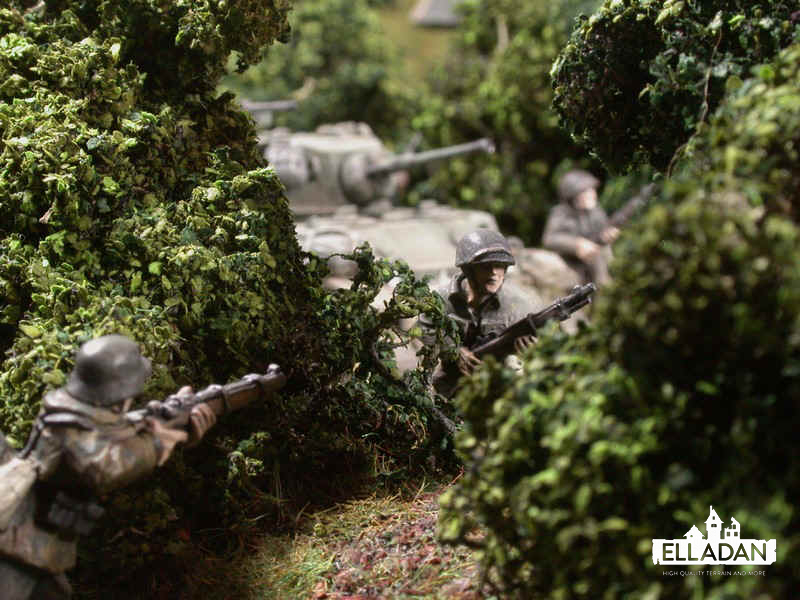